This iconic Balmain Haute Elegance Vintage model from the Saint-Imier-based company refers to the extra-flat case model created for the 75th anniversary of the founding of the famous haute couture brand Pierre Balmain Paris, but with a more colorful twist.

In 1945, Pierre Balmain founded the House that bears his name. From the start, he took the opposite of the functional fashion of the time by adopting a daringly feminine and sophisticated style. This watch, made in Switzerland, pays homage to the exacerbated femininity emblematic of the Parisian House that quickly became the darling of European and Hollywood celebrities.

The emblematic features of the house's watches are: the superb dial decorated with arabesques as well as the cabochons adorning the crown and the screws attaching the bracelet.

Made in Switzerland, in Saint Imier 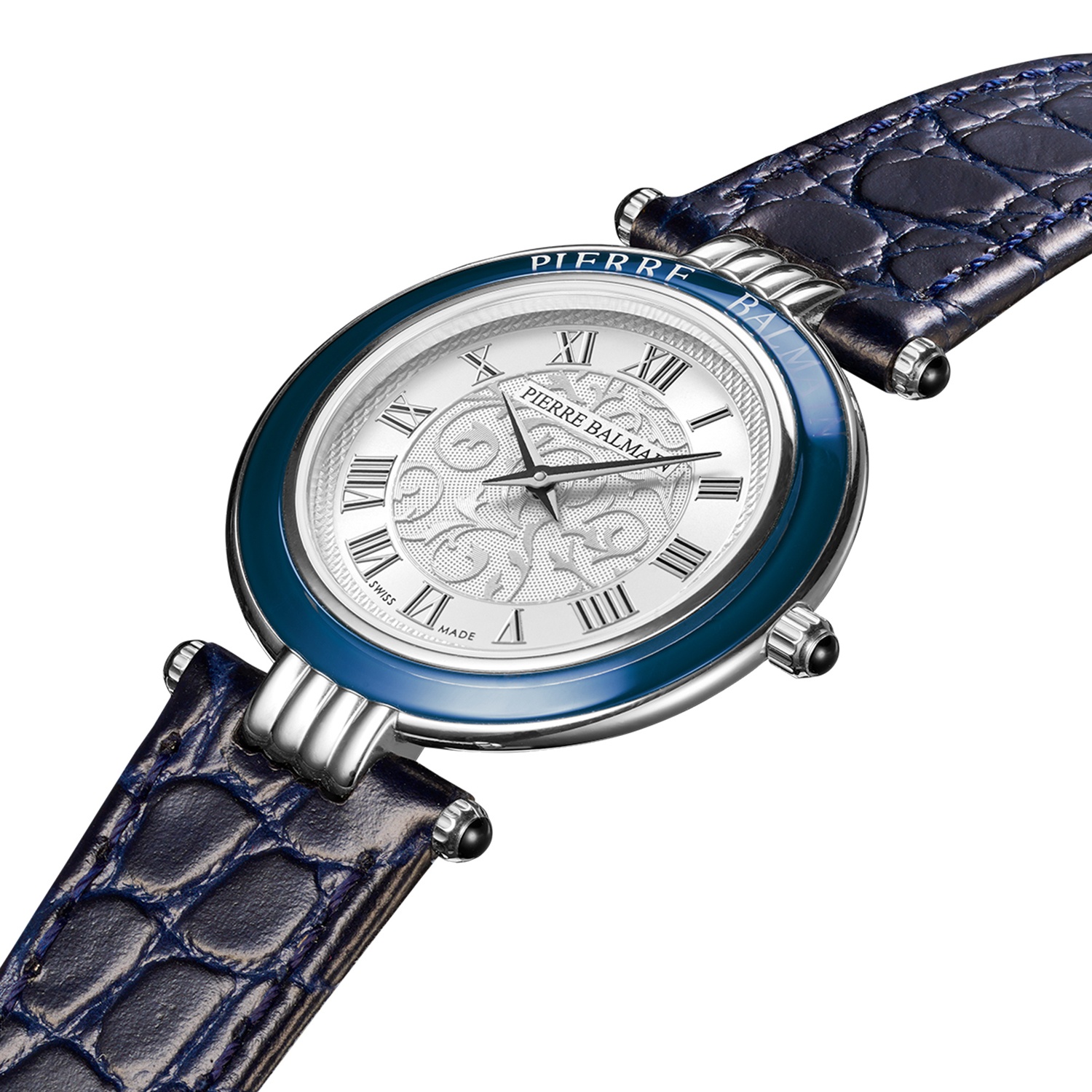 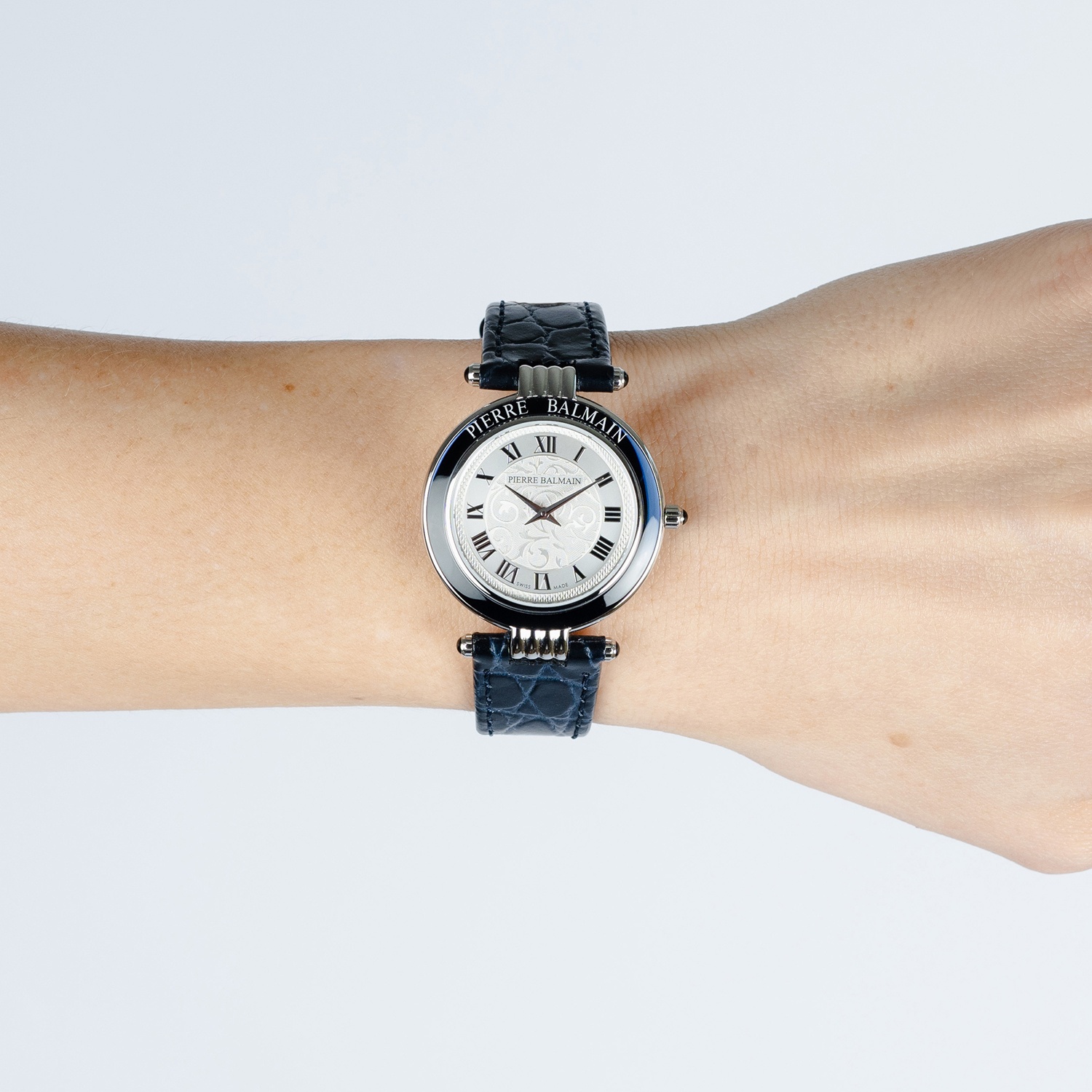 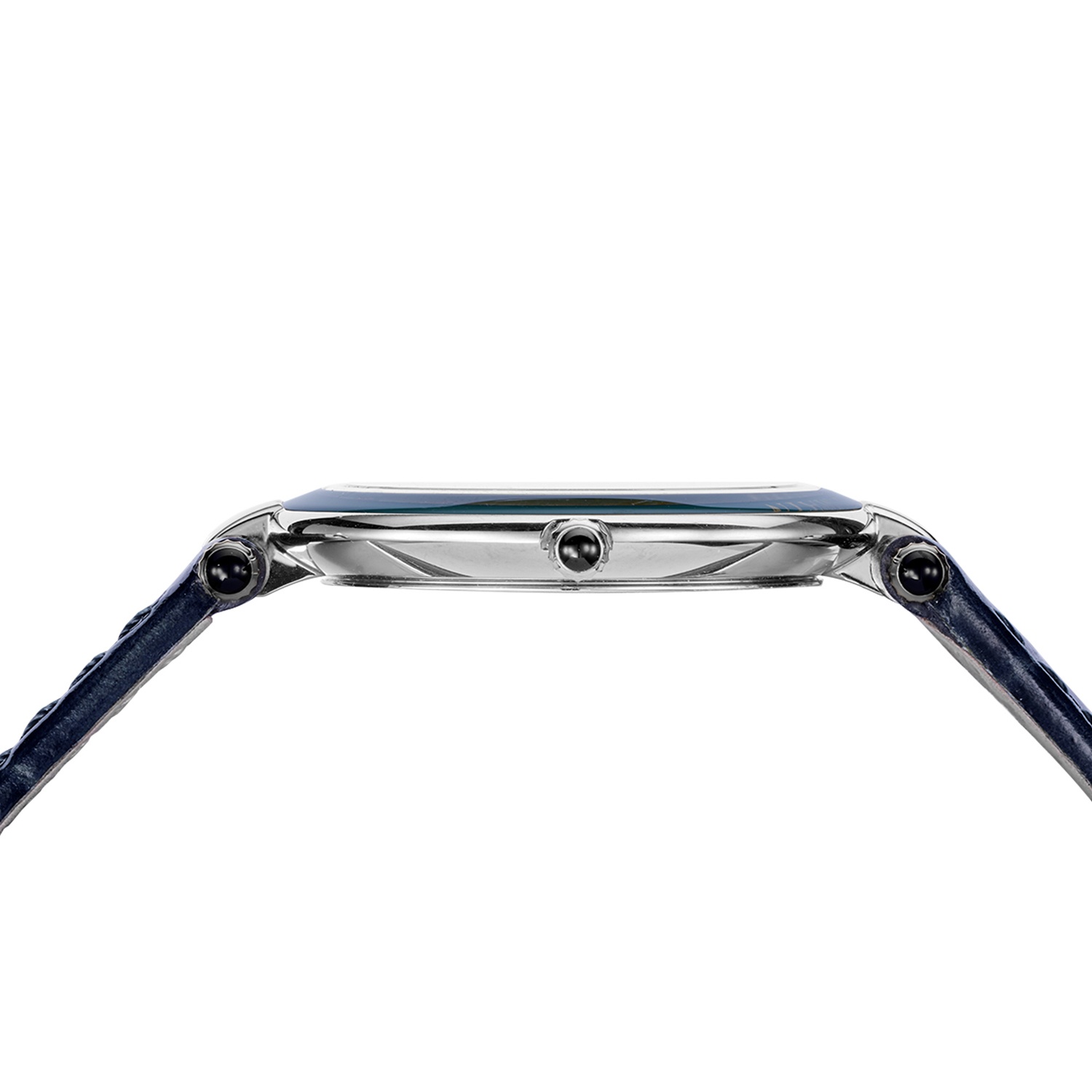